In commemorating World AIDS Day, let us raise the public awareness on HIV and AIDS by sharing critical information about the disease.
Articles
Country(s) 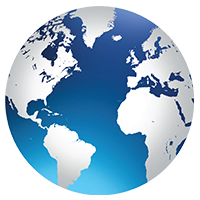 Since 1988, people around the world commemorate World AIDS Day on 1st December to raise awareness about HIV and AIDS. The Red Ribbon, a universal symbol for HIV and AIDS is worn by people in support of People Living With HIV/AIDS (PLWHAs) and those affected by it, and in remembrance of those who have died from the disease.

HIV or Human Immunodeficiency Virus is an infection that attacks the body’s immune system, specifically the white blood cells, and reduces its resistance to other diseases. If left untreated, HIV can lead to Acquired Immunodeficiency Syndrome (AIDS) which is the final stage of HIV infection, and is characterized by the development of certain cancers, infections, or other severe chronic illnesses.

The symptoms of HIV may vary, depending on the stage of infection. Though people living with HIV tend to be most infectious in the first few months after being infected, many are unaware of their status until the later stages. In the first few weeks after the infection, people may experience no symptoms or an influenza-like illness, including fever, headache, rash, or sore throat.

As the infection progressively weakens the immune system, they might develop other signs and symptoms such as swollen lymph nodes, weight loss, fever, diarrhea, and cough. Without treatment, PLWHAs could also develop severe illnesses such as tuberculosis (TB), cryptococcal meningitis, severe bacterial infections, and cancers such as lymphomas and Kaposi’s sarcoma.

HIV can be transmitted by sexual contact, sharing of needles to inject drugs as well as through infection from an infected mother to the baby during pregnancy, birth, or breastfeeding.

If you think you have been exposed to HIV, the only way to determine is to get tested. Knowing your HIV status helps you make healthy decisions to prevent getting or transmitting HIV.

To prevent HIV infection, you should limit your exposure to the risk factors by doing the following:
• Using a condom during every sexual activity
• Getting yourself tested if you are at risk
• Refraining from injecting drugs, or sharing needles, syringes, or other injection equipment
• Getting tested and treated for other STDs
• Undergoing voluntary medical male circumcision (VMMC)
• Taking antiretroviral drugs (ARVs) for prevention, and
• Preventing mother-to-child transmission of HIV

There is still no cure for HIV. However, with the increased access to effective prevention, diagnosis, treatment, and care, HIV has become a manageable chronic health condition, enabling PLWHAs to lead long and healthy lives.

What to read next